New Issues Poetry & Prose was established in 1996 by poet Herbert S. Scott. New Issues publishes four to six new poetry titles each year, as well as the winner of the AWP Award Series in the Novel. New Issues Press offices are housed in the Ernest Wilbur Building on the Oakland Campus of Western Michigan University.

New Issues has received generous support from Western Michigan University, anonymous donors, and through grants from the Eric Mathieu King Fund and the Greenwall Fund of The Academy of American Poets; and from the Pharmacia and Upjohn Foundation, the Fetzer Institute, and the Arts Council of Greater Kalamazoo. Grants from the Michigan Council for Arts and Cultural Affairs and from the National Endowment for the Arts have supported the publication of many of New Issues’ poetry books and works of fiction.

New Issues titles are designed by senior graphic design students, under the supervision of Nick Kuder and Paul Sizer, in The Design Center, Frostic School of Art, Western Michigan University. 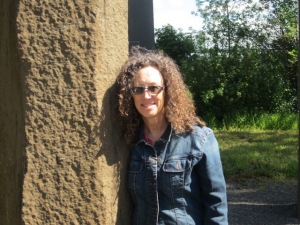 Editor: Nancy Eimers is the author of Oz (Carnegie Mellon) and three other poetry collections. She has been the recipient of a Nation “Discovery” Award, a Whiting Writers Award, and two NEA Fellowships, and her poems have appeared in many magazines and anthologies. She teaches undergraduate and graduate Creative Writing at Western Michigan University.

Managing Editor: Kimberly Kolbe is a graduate of the MFA program at Western Michigan University, where she was the poetry editor for Third Coast.

Founding Editor: Herbert S. Scott (1931-2006) is the author of Sleeping Woman, Disguises, Groceries, and Durations. The Other Life: Selected Poems, will be published through Carnegie Mellon University Press in 2010. He taught at Western Michigan University where he was the Gwen Frostic Professor of Creative Writing (memorial information).