Ain’t No Grave by TJ Jarrett 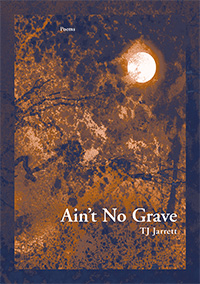 Here is a voice of complete authority:  I think of Willa Cather in all her fullness of range and depth, her grief, sureness of step, and ease with life’s own half-familiar withholdings.  TJ Jarrett pierces the listener with her new—seemingly accustomed, but new unsettlings; I was more lonely before I heard this voice.

These poems go incredibly deep. They stun us with the richness and pain of love and Darkness. Ain’t No Graveconfronts America’s horrific legacy of racism in a voice that addresses the eternal, a fierce voice, yet not without tenderness. Some of the most moving poems I’ve read about family also live between these covers. The poems’ seriousness does not diminish their wit, or their sensuality. A holy inner strength and tireless questioning guide these poems, and a(n)… insistent beauty that makes them kin to prayer.

From somewhere between Phillis Wheatley’s sly use of iambs and Jupiter Hammon’s collisions with the supernatural, comes TJ Jarrett’s commitment to narrative lyrics that question the dead and death itself.  But these poems are much more staunchly Southern in their drawl and drawing out, or as Jarrett herself might say, they make for a “steady/reach into the body, emerging with its fruit/tight and tender as peaches…” This is a stunning debut from a poet who has already begun to re-read and rewrite the Bible itself. 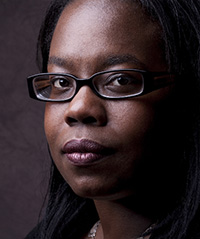 TJ Jarrett was born in Nashville, Tennessee to a pastor and a professor. She attended Wellesley College and Bennington Writing Seminars. She has published poems in Boston Review, Callaloo, Ninth Letter, Rattle and other publications. After years of wandering, she finds herself back where she started, in Nashville, where she works as a software developer. www.tjjarrett.com