This book represents a mental construct of salvation. It portrays the individual way in which a person saves the psyche. Fifth Season is an amalgamation of losses transformed into a state of serenity for the individual. The fifth season is that imaginary place where time becomes less relevant, where the poet attempts to make sense of the tangible world around him. The fifth season represents a unique path, one which may not be traveled twice. It is the imaginary construct of a season of hope.

“Fifth Season is, I think, both proof and exemplar of Chekhov’s claim that art exists to prepare the soul for tenderness. For perhaps the greatest accomplishment of this book is the way it manages to preserve, however brutal its subject matter, a raw susceptibility to the most mute and ineffable moments of wonder: the dazed Japanese girls at a late-night diner ‘shaking the slight chill / of Detroit autumn from their hair;’ an orphaned child forming ‘a reservoir in the sand, / Lake Michigan stilled at the border;’ the Braille kids from the elementary school who ‘drift out into the fields / to take the swings before noon, / and only physics / keeps them from flying’ . . . This is a book whose demons and angels are equally acknowledged, equally real, and equally allotted their place in the poems. That any first book can manage such a feat is, in itself, remarkable; that Anthony Butts has done it in a style and a music all his own is a triumph not only of his art, but of his own indomitable spirit as well. In another time, we might have called this ‘grace.'”
—from the foreword by Sharod Santos 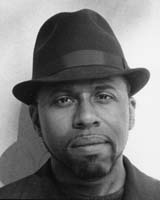 Anthony Butts is author of Fifth Season, Evolution, and Little Low Heaven, which was awarded the 2004 William Carlos Williams Award from the Poetry Society of America. His work appears on Our Souls Have Grown Deep Like the Rivers: Black Poets Read Their Work; in Giant Steps: The New Generation of African American Writers; and in American Poetry: The Next Generation. A Detroit native, he is a graduate of Wayne State University and the University of Missouri-Columbia.