One Tribe by M. Evelina Galang 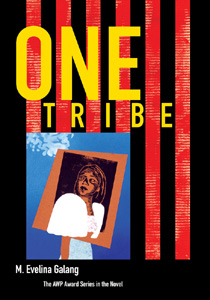 Winner of the 2007 Global Filipino Literary Award for Fiction

In One Tribe, the death of Isabel Manalo’s unborn child stirs wide spread speculation in her small Midwestern suburb. Fed up with the noise of local tsismosas (gossips), she moves to Virginia Beach to teach myth and history to Filipino American youth. Isa Manalo walks into the chaos of drive by shootings, beauty pageants, and community politicking. At every turn she runs up against youth gangs who distrust her, community elders who disapprove of her loose outsider ways, and a Filipino boyfriend who accuses her of acting too white. Eventually Isa fights back. As Hurricane Emilia brews at the edge of the east coast, Isa opens her house to a local girl gang and nourishes their troubled spirits, instigating change sudden as the shift of tropical winds.

“M. Evelina Galang’s One Tribe is a bold, ambitious, moving, and deeply surprising novel about the necessity and dangers of the human need to belong to other people. Galang writes beautifully and precisely about the world of her wonderful main character, Isabel Manalo—her students, her lovers, her parents, her fears—and in doing so has written a universal book about teaching, fear, parenting, and love.”
—Elizabeth McCracken, Judge

“Reading One Tribe, I entered a strange, feminine world—the Yin mind of a caring teacher. A teacher myself, I identify with Isabel Manalo, whose students dwell in an alien country. A poetic book.”
—Maxine Hong-Kingston

“This novel deftly navigates the tension over being American and yet not quite so; the conflict between race and personal relations; and the contradiction between the reality of history and that of the present. It adds to the growing body of literature about Filipino presence and experience on this continent.”
—Ninotchka Rosca

“One Tribe is political without being preachy, and in the end is a layered story about survival, especially for the young women caught up in this violent struggle (a veritable culture war) over affirmations of power and territory—a paradigm that mirrors the conflicted history of the Philippines.”
— Rigoberto Gonzales

“One Tribe is ambitious, beautifully paced, ingeniously constructed, a multilayered novel in which virtuosity is a vehicle for wise, deeply compassionate storytelling.”
—Stuart Dybek

“In Virginia Beach, Isabel galvanizes the drifting teens with reenactments of the Filipino myth of creation and other empowering stories of ethnic identity. Yet she is criticized in the community for her “white” ways and for engendering what the parents see as disrespect for authority; they insist she stage a traditional beauty pageant instead. Her attempts to befriend the vapid, in-fighting teenage girls show her that their lives are circumscribed by tsismis (literally, a dangerous monsoon rain; figuratively, gossip) and hiya (a hot flower in bloom, metaphor for the shame of speaking up). Gradually, Isabel begins to transform herself into a “fighting Filipina” with the help of a fellow teacher’s aggressive political preaching and through an autobiographical photography project that forces her to examine her own life.”
—Kirkus Reviews, Nov 1, 2005 v73 i21 p1158(1)

“Galang infuses her novel about Filipino Americans with a sense of urgency by crafting it around the lives of a group of troubled teenagers struggling to find their way in both their ethnic and geographic communities. . . .The danger teens face and the concern Galang expresses are real, and she demands that readers acknowledge just how difficult it can be to straddle two ways of life while seeking your own place in the world.”
—Colleen Mondor, Booklist

“Author M. Evelina Galang weaves a strange world in One Tribe which is at once alarming and familiar in its juxtaposition of languages and the undertow of cultural mayhem: Filipino “colonial mentality” versus Filipino claimants of island heritage; packs of hip hop upstarts who intermingle Tagalog and Black street lingo versus staid advocates of proper assimilation into white mainstream society.”
—Remé Antonia Grefalda, Our Own Voice, 2006 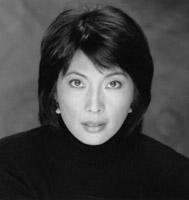 M. Evelina Galang is the author ofHer Wild American Self, a collection of short fiction. Galang is also the editor of Screaming Monkeys: Critiques of Asian American Images, which wonForeWord Magazine’s Gold Book of the Year Award for 2003. In 2001, she was the Fulbright Senior Research Scholar in the Philippines where she continued her work on Surviving Comfort Women of World War II for her collection of essays, Lolas’ House: Women Living with War. Galang teaches in the MFA Creative Writing Program at the University of Miami.