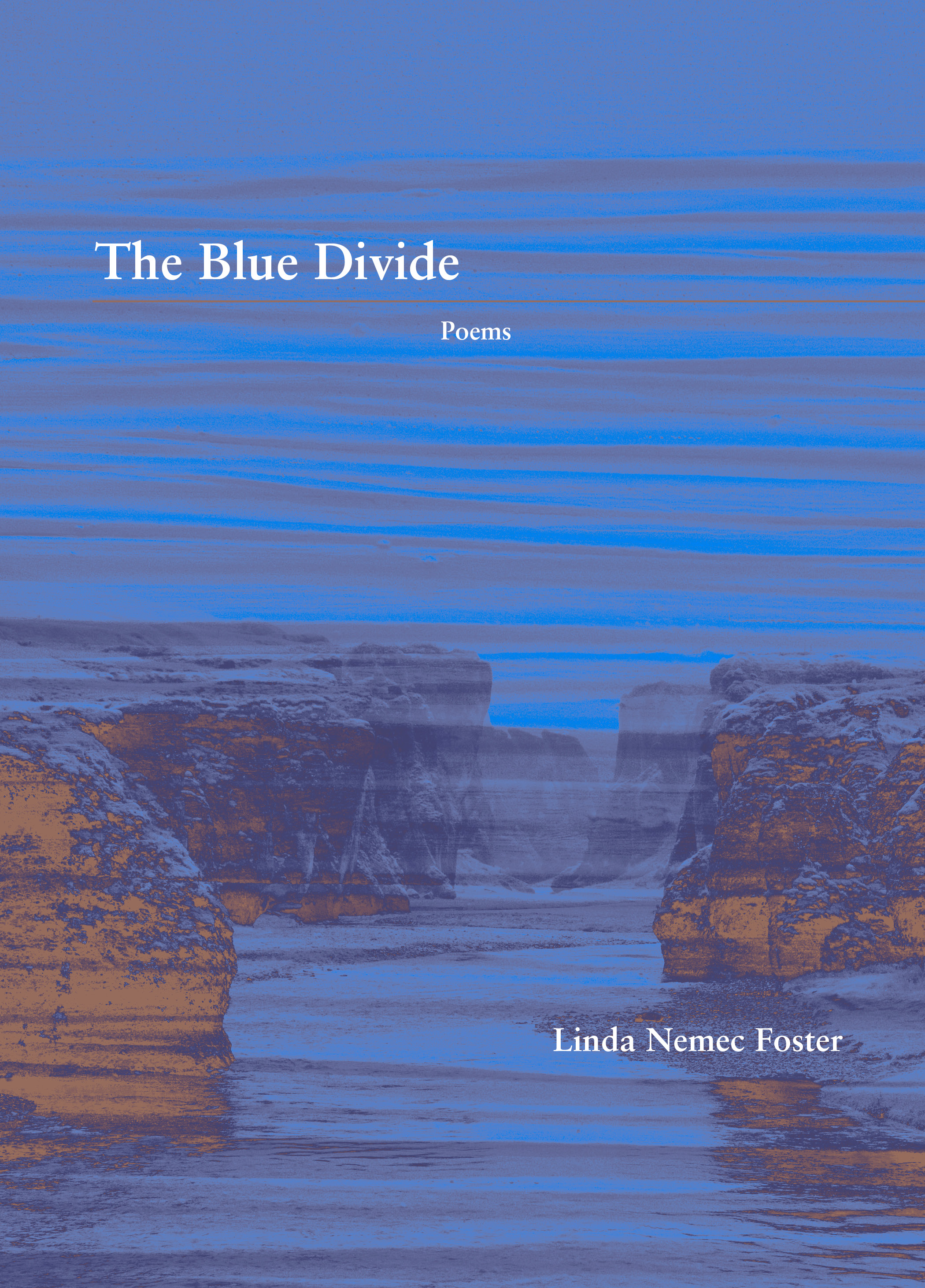 “The poems in the accomplished 12th book from Foster (Amber Necklace from Gdansk) cohere in their lyric commitment to “that idea of blue. The expanse of the landscape that can’t/ be contained in a single image.” These poems range widely in their settings, from Dresden to Detroit, Krakow to Hawaii. Blue sky, blue damask, and “the blue divide” of ocean that separates North America from Europe refract in a glimpse of the poet’s own mother, “Her blue eyes swimming in the immigrant’s/ version of hide and seek,” as the woman washes “the blue/ of heaven until it shines like a word/ that has yet to be invented.” In other entries, works by Italian masters and contemporary artists come alive through vivid descriptions of color and texture, as does “a faceless socialist/ painting Sobieski’s palace frescoes/ by number.” For Foster, words themselves are a tangible medium, variously inflected, misheard, and treasured: “Language of bark, leaves, stones, mud;/ of fog sleeping in the marshes and sun caught/ in tangled branches. Language of amber/ sinking into its inclusions and rain falling/ from its clouds.” Rich with closely observed detail, narrative depth, and poignant historical reflections, this is a generous and beautiful collection.”

“Women learning to sing again after a war. Immigrants learning a new world and language while trying not to forget the old. The Seven Deadly Sins as fashion statements. A train ride into the afterlife. A woman putting on red lipstick in a colorless city. Mary Magdalene eyed through a modern lens. A daughter calling her dead father in a dream. In The Blue Divide, Linda Nemec Foster navigates the edges and depths of worlds both here and beyond—through currents of art, love, war, dreams, religion, history, language, family—to map what flows between us. Testimonial to human endurance and love song to the human spirit, this gem of a book, retrieved from the deep by a poet at the height of her prowess, is as wide as a ‘cavalcade of blue sky’ and as deep as ‘the blue damask of morning.’ Hold these poems up to the light to see the wide blue world (and the world in you) changed, for good.”

“Linda Nemec Foster’s poems flex their powerful muscles in this dynamic new collection. With clarity and intensity, she dives deep into the shadows, and deep into the light—global landscape, personal touch; faith and art; the sensual and the cruel; forward and backward through generations of family, acknowledging loss wherever it occurs—all with her trademark tenderness and resilience. I am always interested in whatever she has to say; she is always paying attention, pointing out the places where the heart breaks, and where it mends.”

“The Blue Divide: between Old Country and New; war and peace; song and silence; sea and sky; past and present; reality and perception; art and life; husband and wife; sun and storm; memory and forgetting. These are a few of the borders (and borderlands) Linda Nemec Foster explores in her twelfth collection of poems, in a voice straightforward but deepened by emotion and experience. She is both a tourist and an inhabitant everywhere: whether in Warsaw, Cleveland, Sarajevo, New York City, Geneva, Poughkeepsie, Oahu, or Ypsilanti, Foster finds the stuff of poetry and makes it real and tangible. From ‘the thin line of horizon,’ she reminds us that ‘everything/everything is connected. Whether/we can dare to believe it or not.’”

“I love the restlessness of these poems, both the movement within each poem and the way the poems, poem by poem, move through ever-shifting landscapes, from war-haunted Eastern Europe to the American Midwest. It’s as if the poems themselves are immigrants, migratory, navigating between worlds. I love also the urgency of the poems in The Blue Divide, and their deep seriousness — how they peer into the present through layers of history, and peer into history through the lens of the personal; how they’re on intimate terms with both public and private violence — and can we tell the difference, after all? Tender, brutal, unflinching, magical — there is simply nothing trivial in these poems, nothing that isn’t infused with the holiness of the real and the mystery of transcendence: ‘face becoming blossom becoming starburst becoming sea.’” 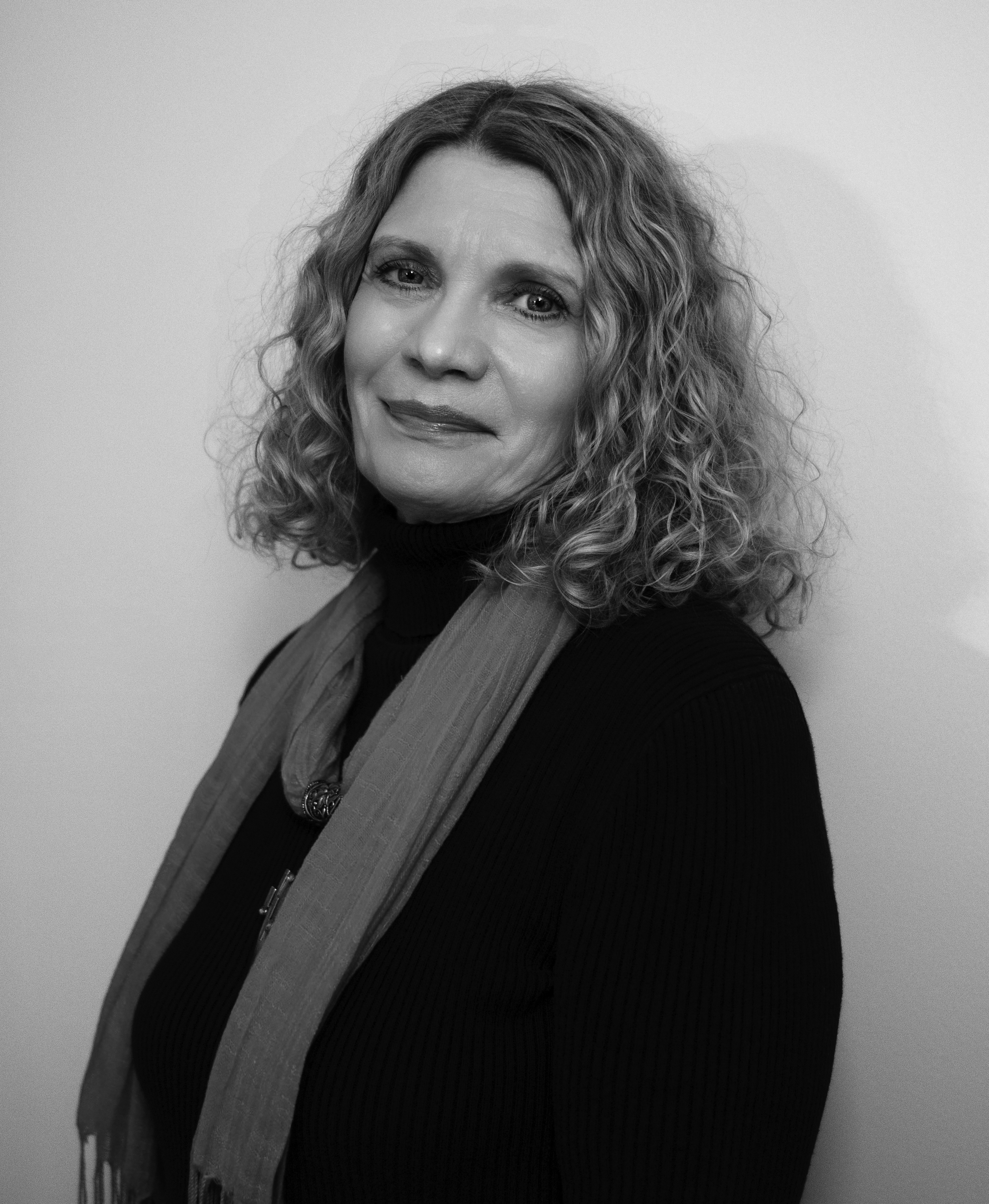 Linda Nemec Foster is the author of eleven collections of poetry including Amber Necklace from Gdańsk, Talking Diamonds, and The Lake Michigan Mermaid, co-authored with Anne-Marie Oomen (2019 Michigan Notable Book). Her work has been published in numerous magazines and journals: e.g. The Georgia Review, Nimrod, Quarterly West, Witness, New American Writing, North American Review, and Verse Daily. Foster’s poems have also appeared in anthologies from the U.S. and U.K., been translated in Europe, inspired original music compositions, and have been produced for the stage. She has received nominations for the Pushcart Prize and awards from the Arts Foundation of Michigan, ArtServe Michigan, the National Writer’s Voice, and the Academy of American Poets. From 2003-05, she served as the first Poet Laureate of Grand Rapids, Michigan. In 2015, she received a Lifetime Achievement Award from the Dyer-Ives Foundation for her poetry and advocacy of the literary arts in Michigan. In 2018 and 2019, she was honored with an Editor’s Choice Award in the Allen Ginsberg Poetry Contest sponsored by The Poetry Center at Passaic County Community College in New Jersey. Foster is the founder of the Contemporary Writers Series at Aquinas College.