The Mending Worm by Joan Houlihan 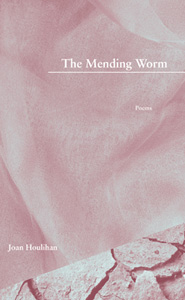 Winner of the 2005 Green Rose Prize

“How strange and hewn and scarified these poems are! In her drive to claim the singularity of her own singed (and searing) fables, Joan Houlihan has composed a brilliant ‘black startle-box’ of oddment and truths. The Mending Worm is a book of stunning accomplishment.”
—Lucie Brock-Broido

“Joan Houlihan’s images and figures are lapidary, her diction alert and startling, her lines chiseled, their sounds echoing back and forth, and yet for all the exquisite craft in these poems, there is something terrible and wild underneath their surfaces. Feral animals are prowling through them. Her typical landscape is a desolate, snowy shoreline. ‘What the sea dredges up in the dark’ writes Houlihan, ‘is sand tooth, fishbone, spine, / hard fruit of tide.’ So too this book delivers hard news. There are murderers about to be executed, and cancers to be survived maybe. Injury and pain is at the heart of being, but as the title poem tells us, there is also a mending impulse, a restoration to be humbly sought or created. It is something, as Houlihan writes, ‘we can do together.’ The Mending Worm gives us poems that in their art and authenticity render whole that which has been shattered. Read them and you will see.”
—Fred Marchant

“First and foremost, these are poems of passion. Clean and spare, they are rich in image, hungrily appropriating the things of this world in order to express the other world. Implicit in many is a kind of harrowing force of love: love of a lover, love of God; the two intermx. And yet despite this the poems are remarkably subtle. Longing, lust, adoration, yes, but all in tightly controlled lines.”
—Ellen Wehle, West Branch, Spring/Summer 2006

“Houlihan consistently shapes her messages within an elegant and lyrical language of landscape or other aspects of nature. She frequently forms eloquent statements with descriptive words one could say approach painterly patterns containing attributes with vivid scenery and careful attention to tone or texture. In addition, Houlihan’s exact and intricate sentences are written using a technique filled with various tactics of lyricism—alliteration, assonance, consonance, internal rhyme, deliberate rhythm, and delicate echoes of sound from line to line. Consequently, though Houlihan mostly avoids any end rhyme, her pieces are subtly just as musical.”
—Edward Byrne, Editor of Valparaiso Poetry Review

“Joan Houlihan’s glistringly rewarding The Mending Worm oppositely takes acuity and intensity of feeling not as its ends, but points of departure. Houlihan’s poems pursue the trajectory of lyricism in reverse: the labor of acquiring indifference, pining for rather than transcending narcosis of feeling.”
—Michael Snediker, Pleiades

“In Christine Hume’s new book Alaskaphrenia, she creates a work that is just as much an exploration of the Alaskan landscape and mythology as a cartography of human consciousness. Her poems, dense, abstruse, and sometimes touchingly human, like the mythical worlds first discovered by ancient mariners, both draw upon and collapse the distinction between dialectical extremes we use to create meaning in the world.”
—Greg Hill, Bridge Magazine

“…Hume risks the very impossibilities she so effectively exposes, and ventures daringly into these most extreme territories—interior and exterior, textual and terrestrial.”
—Rusty Morrison, Talisman 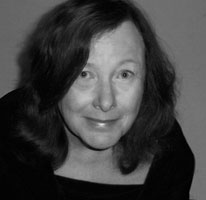