The Truth by Geoff Rips

In his debut novel, The Truth, Geoff Rips creates a moral universe in a series of tales narrated by the palsied hunchback Chuy Pingarrón who spends his days on the front porch of a San Antonio whorehouse and is proud to dubbed “the standard of perversion” by those whose stories he tells. Through his twisted perspective we meet the Midwife who is also the house’s madam, the philosopher Don Apolo who lives in an iron lung, and Angelita, famous for her hands. Chuy relates the sad story of the impenetrable Soledad, deemed by her mother to be a saint; of la Ramona, whose one eye looks into your soul while the other looks away; and of the enigmatic la Verdad, whose customers seek her out to learn their fortunes. At turns comic and tragic, Chuy’s story meditates on the most ancient questions: how do you live a life and what does it mean?

“This is a hard book to describe and an impossible one to forget. The Truth is that rarest of things: an original vision and text. Narrated by a cripple in a whorehouse in San Antonio, describing his thoughts, his companions— those who arrive to play or remain upstairs to work, those who share his miseries and beer and eloquently voiced plaints about the nature of existence— it’s a stylistic cross between Marquez and Fuentes, with an adleaven of Gunter Grass. . . . From first paragraph to final line, this is a major debut.”
—Nicholas Delbanco, Judge

“Ten reflective, connected vignettes set in a San Antonio, Tex., whorehouse comprise the haunting debut by former Texas Observer editor Rips. . . . Unsparing and a little raunchy, the novel bears out the Midwife’s aphorism: Everything that happens in the world sooner or later drags itself into this house.”
—Publishers Weekly

“Midwifes who are Madams of Brothels, iron-lung bound philosophers, famous hands, unwilling saints, among countless other offbeat tales sure to entertain, all in the effort to answer one of the oldest of all of mankind’s questions of how is life suppose to be lived and what’s the point of it all?”
—Midwest Book Review 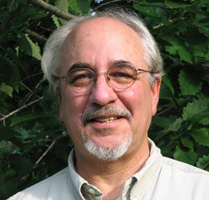 Geoff Rips was born and raised in San Antonio, Texas. He is a former editor of the Texas Observer and has been a Soros Open Society Institute Fellow. He has worked as the Freedom-to-Write Committee coordinator for PEN American Center and was principal author of its report, UnAmerican Activities(City Lights Books, 1981). Rips has worked with community organizations along the Texas/Mexico border to bring water and wastewater services to border colonias. He has published poetry, fiction and journalism in various places over the years. He lives in Austin, Texas, with his wife, Nancy Maniscalco, and two daughters, Gabriela and Sascha.